Ancient city of Elis, Elis seaport from which it is 20 stadia (25 km). It was built by Arcadians settlers coming from Arcadia namely Mount Kyllini. The ancients believed that this mountain was where Hermes was born and they celebrated and worshipped him there. At the same place, they worshiped Pan and Nymph Kyllene, the governess of Hermes. The Arcadians who settled at this beach, built the city of Kyllini and brought the worship of Hermes, Asclepius and Aphrodite in an illustrious testimony of the first tourist journalist of antiquity, Pausanias.

Glarentza (Clarentia, Clarence) is located on the northwestern tip of the western peninsula of the Morea, in the area of Paleocastro, west of modern Kyllinis. It was founded by Prince William of Villehardouin and it’s the seaport of the capital Andravidas and has a very imposing castle, Chlemoutzi. Lastly, Chateau Clermont for the Franks, except princely residence was the main stronghold in the region. Near the town is the monastery of Vlachernas with the Catholic  Church of the 13th century.

Glarentza turns rapidly as a major economic and urban center of stafroforikis hegemony of international repute. Did hospital, banks and buildings to serve mariners, while until 1353. The coins the mint, which cuts denier tournois called “tornisia” (tornese), and a currency in international confidence. The economic and commercial development of Glarentzas and cosmopolitan character of the movement and its port was the incentive for large and renowned banks in the West to establish their stores lent not even British royalty.

The countdown starts from the early 15th century. The Principality is in full decay, Glarentza loses its role and left unprotected. 1407 occupied and plundered by thearmy of Leonardos toccata. The title Chronicle describes vividly the wealth concealed then Glarentza. In 1414 returned to Prince Kentyriona sugar, but in 1417 -1418 occupied by the Italian adventurer Oliverio Franco. The 1421-22 sold to the Count of Cephalonia and Despot of Epirus Charles toccata. 1427 besieged by John VIII Palaeologus in 1428 and granted by the toccata Constantine Palaeologus as a dowry of his niece. In 1430 it was conquered by the Catalans who sell back to Constantine Palaeologus. The latter then tear down the walls to prevent new occupation. 1432 Glarentza becomes the house of Despot. In 1446 the region suffered plundering by Sultan Murad II. A few years later surrendered to the Ottomans by following the fate of the Despot. After these adventures, Glarentza deserted and there remains only a legend. The travelers of the 19th century  refer to a city ruined and deserted. The ruins, which are described by travelers and preserved in photographs, were demolished by the German army in the Second World War. 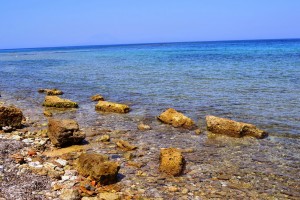 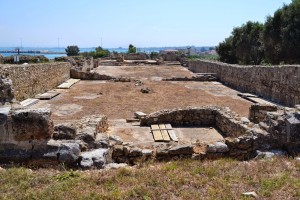 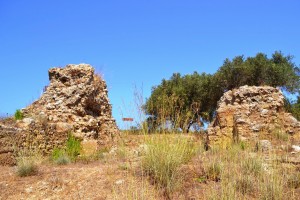 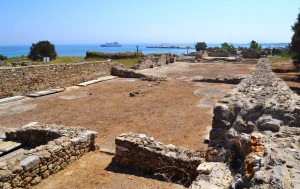 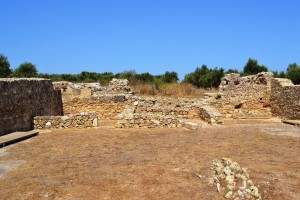 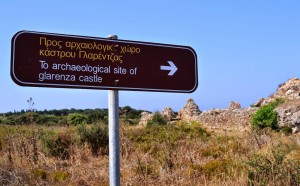